Global demand for green hydrogen and its derivatives has gained unprecedented momentum given climate change concerns.  Green hydrogen provides a transformative opportunity for T&T’s existing world-scale petrochemical infrastructure to be utilised to export large quantities of hydrogen in ‘green’ forms of ammonia and methanol.  This will ensure that T&T remains competitive in the global petrochemical market. 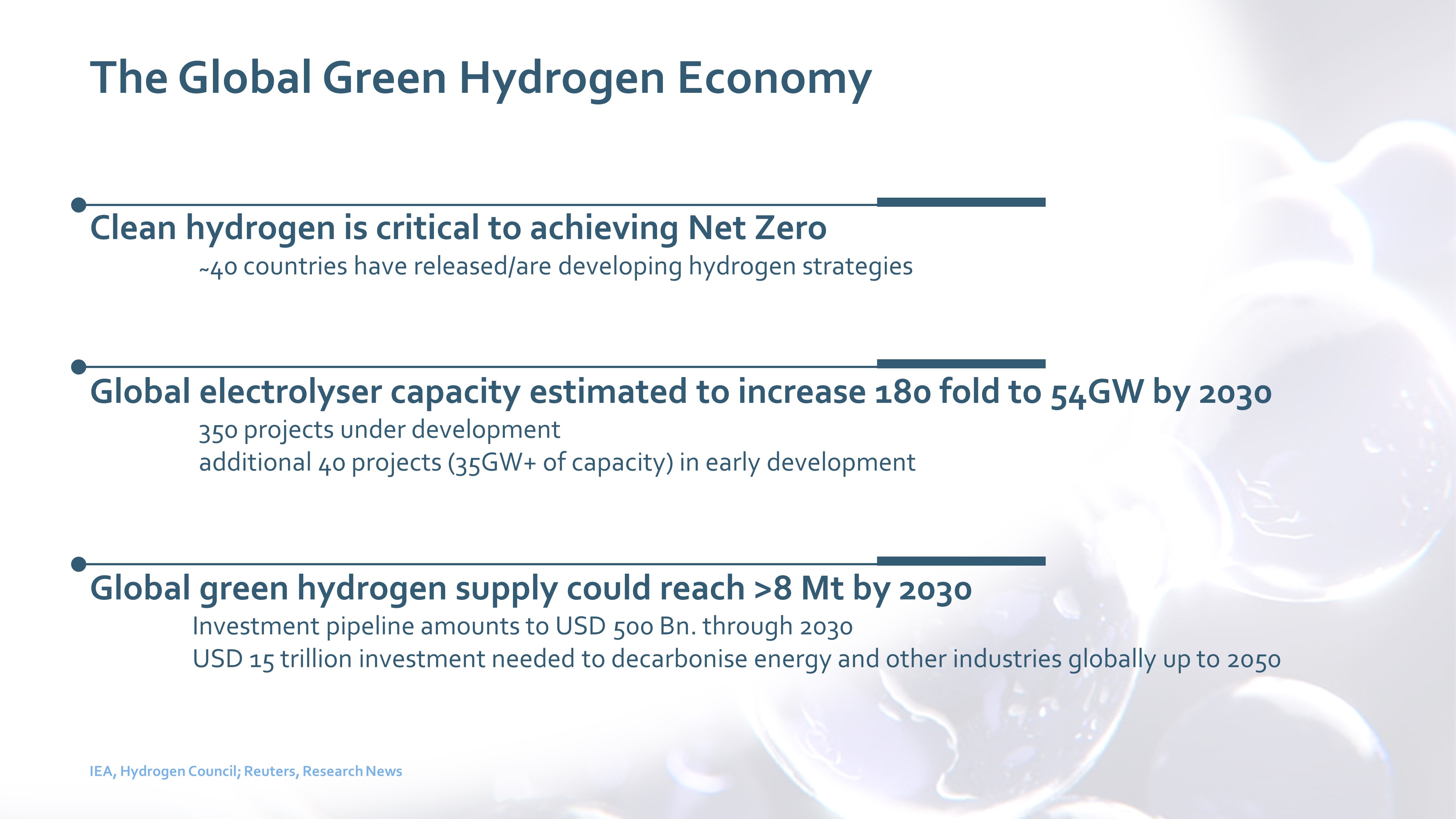 Additional NewGen hydrogen facilities can be developed over time to satisfy the green hydrogen demands of the domestic and international market.  This would necessitate a significant scale-up in renewable power generation, opening the pathway for integrating and leveraging the significant renewable energy potential in the Caribbean region.